We are continuously investing in the development of our brands

MS ENERGY is our brand of electric scooters, bicycles and all other modern personal electric transport systems.

In today's world where mobility and ecology define a new lifestyle, MS ENERGY provides answers to your demands for sustainable, simple and smart transport solutions, for complete e-mobility.

Present on the Croatian market since 2019, today's range of MS ENERGY brand is divided into 2 categories: electric scooters and electric bicycles.

Vivax is our own brand, present on the Croatian market since 2004. Today, its product range boasts over 250 different products.

The MSGW brand was created in 2005. Since then, we have gained valuable experience that enables us to create ideal PC computers for all needs.

MS is a brand with 14 years of tradition. It comprises over 250 products from the range of peripheral devices, cables, drones, computer cases and power supply units, as well as accessories for mobile phones, laptops and desktop computers. The continued development of new products and investment in quality enable MS to always be one step ahead of its competitors.

Production is strategically important for M SAN Grupa. Thanks to our production facilities located in Rugvica near Zagreb and in Belgrade, in a short time, we can produce a large number of LED TV sets and equally configured computers to meet market needs.

Vivax is an M SAN Grupa brand established in 2003, which has to date successfully broken into the markets of this region, Western Europe, Africa and South America. As with the production of computers, the highest quality standards are used in the production of Vivax LED TV sets, which have all the necessary European certificates.

The total annual production capacity is 240,000 television sets in screen sizes (screen diagonals) from 22 "up to 65". The production lines include the Clean Room, which produces Vivax TV modules, and a special robot is used to produce large-diagonal modules.

Each TV set undergoes rigorous quality control in which all functionalities of the devices are tested. The production department employs local experts with a high level of technical knowledge. Each device has all the necessary certificates and is produced in line with EU standards. The experts' swift and innovative work has resulted in numerous proposals for technical solutions and the adjustment of devices to the local requirements of the countries of the European Union and beyond. 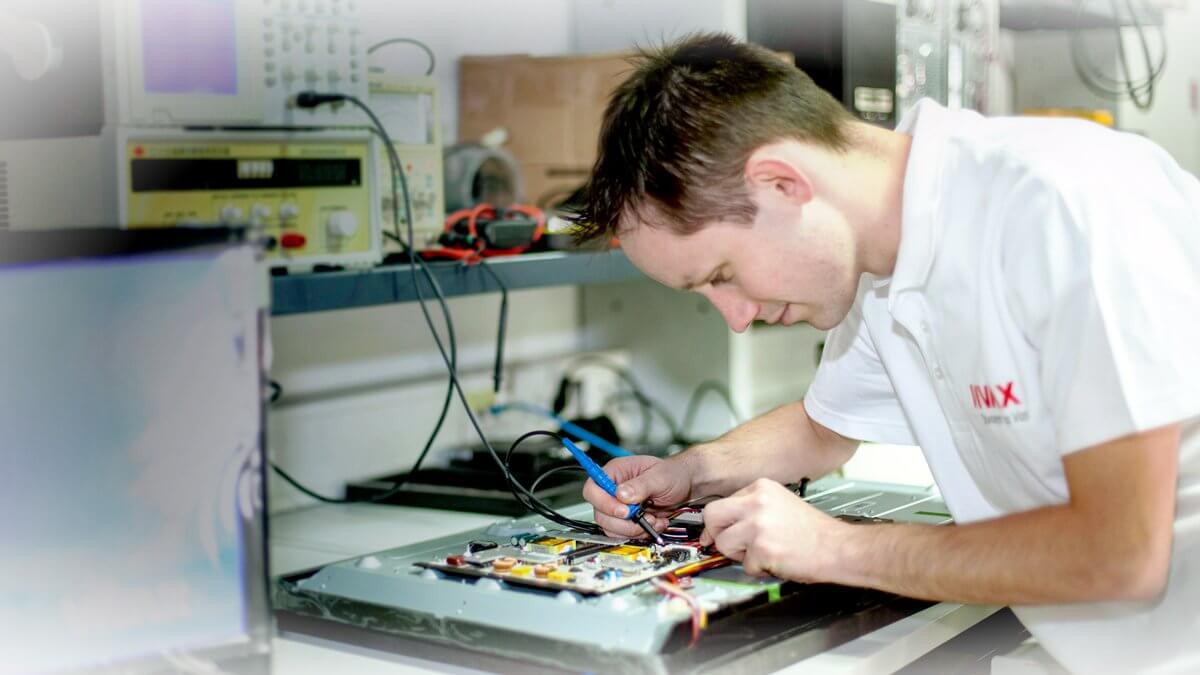 The production department is responsible for producing fully assembled computers, as well as computer and other technical equipment, which includes hardware and software upgrades of assembled personal or laptop computers and other computer equipment. The production department meets high quality standards in assembled products, and is also in charge of adapting computer design to market needs (printing logos on assembled computers and peripheral devices, etc.), preparing keyboards for local diacritical characters, and prepress production of user guides.

M SAN Grupa is the manufacturer and exclusive distributor of MSG computers, which are produced in the automated production facility at Rugvica.

This semi-automated facility is unique in this part of Europe, due to its capacity for producing and graphically processing up to 1,000 computers a day. Personal computers and servers are assembled and tested on a semi-automated assembly line, which can operate in two different configurations: individual production and mass production. In individual production, a single worker assembles a whole computer, whereas in mass production each worker assembles one or more components on the assembly line. 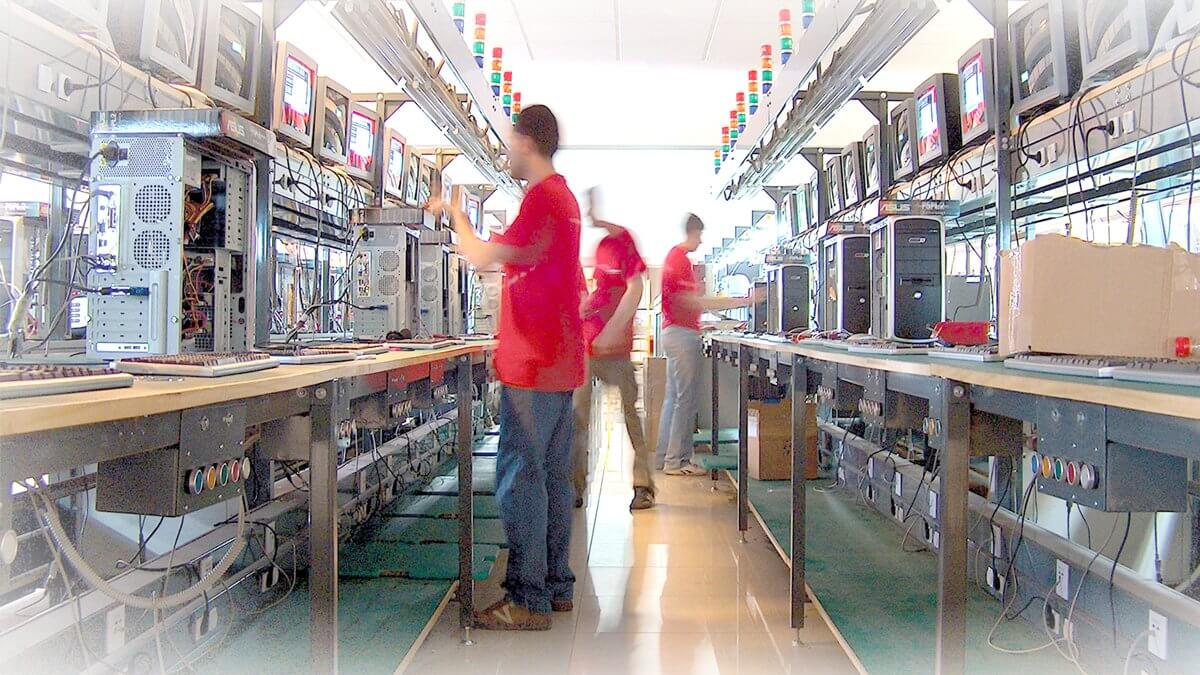 The primary task of the Quality Control department is the quality control of products in the M SAN Grupa range, which includes our own brands Vivax, MS Energy, MS and MSGW and also the creation of the prerequisites for the timely preparation of legally required technical documentation for placing new products on the market. Monitoring and supervising the quality control of goods produced also includes testing samples of future products which have not yet become a part of the product range.